Proceedings of the international seminar held at the Moscow Center for French and Russian Studies, July 12, 2017.

Collected and edited by Larissa Mouravieva and John Pier

The current state of research in narratology is characterized by the diversification not only of concepts and methodology but also territorially with the appearance of different national currents defined by their intellectual traditions, their geographical and historical contexts and their cultural impact. This being the case, an attempt to bring Russian and French narratology together proves particularly important, since these two traditions form the “double homeland” of this discipline: French structural narratology of the 1960s traces its origins back to Russian formalism whereas contemporary Russian narratology is based in part on French classical narratology and more recent developments. At the same time, this double transplantation of research has revealed a number of conceptual oversights and the splitting up of certain notions. It is thus that despite a number of parallels between formalism and structuralism, Russian research in narrative theory remains somewhat on the margins of the history of the discipline as it is known in the West. Similar phenomena have been studied almost simultaneously in France and in Russia, but with the use of different concepts and analytical methods. In order to remedy these deficiencies, it is useful to think through the history of Franco-Russian interactions in narrative theory over the course of the twentieth and twenty-first centuries. It is precisely the aim of the essays presented in this collection to initiate such a reassessment.[1]

These proceedings, presented in Russian, French and English, are the fruit of a seminar held at the Moscow Center for French and Russian Studies on July 12, 2017. This forum offered the participants an opportunity to debate a number of essential concepts of narratology, study the links between French and Russian research and enrich the heuristic prospects of the discipline. It also provided an opportunity to lay out the basis for new comparative research in narratology in France and Russia.

We wish to thank all those who made organization of the seminar possible: the Moscow Center for French and Russian Studies, particularly Hélène Mélat, Eva Bertrand and Olga Petrouchkina. We also thank the seven lecturers who took part in the seminar: Valerij Tiupa, John Pier, Philippe Roussin, Veronika Zousseva-Özkan, Liudmila Comuzzi, Ekaterina Sokrouta and Larissa Mouravieva. Also to be thanked is Nelly Valtat Comet for her translations from English to French.

[1] In the same register are the proceedings of the international conference held in Paris in October 2015, “Le formalisme russe cent ans après,” published in 2018 in the journal Communications n° 103 under the direction of Catherine Depretto, John Pier and Philippe Roussin. 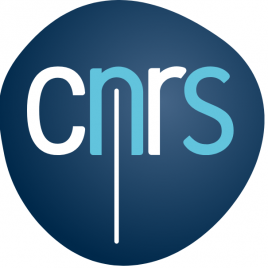